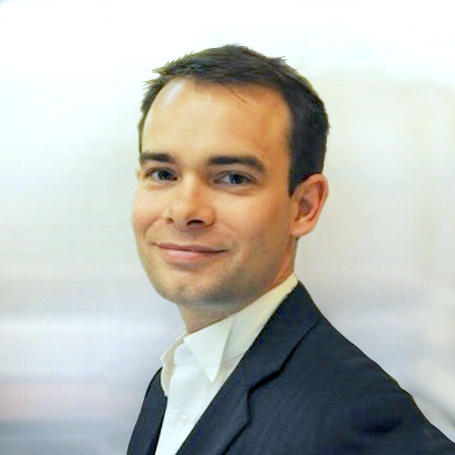 WHO
ASX Listed Telecommunications Company.
VERIFICATION
$15 billion merger of Vodafone (VHA) & TPG Telecom Limited (TPG).
INSIGHT
Atticus supported 30 users from Vodafone Australia and their advisors to verify information within the deal’s Scheme Booklet.
Atticus was employed on the largest M&A on the Australian Stock Exchange (ASX) in a decade ($15bn).

The Vodafone Australia team was preparing to verify their information in the Scheme Booklet to be used for distribution to the shareholders of TPG prior to a vote by them to approve the merger with Vodafone Australia, and subsequently as Vodafone Australia’s listing document for admission of the company to the Australian Securities Exchange (ASX).

The Vodafone Australia team considered verifying the Scheme Booklet the traditional way, using manual processes to prepare an annotated version of the Scheme Booklet, an index, with supporting materials organised in folders.
‍
The team decided to adopt the Atticus verification tool instead. “One main reason was that due to having experienced certain delays in obtaining regulatory approvals, all parties were keen to complete the overall transaction as quickly as possible after the final regulatory approval was received, says Dylan Vandervecht, Head of Strategy, Finance & Sales Legal Team. “To meet deadlines, the windows in which the Scheme Booklet needed to be finalised and verified overlapped significantly, which we anticipated would amplify the administrative burden of manual processes. However, the Atticus tool could accommodate these processes running in parallel with minimal extra work”.

“Using the Atticus verification tool was consistent with the Vodafone Australia legal team’s appetite to leverage new technologies to achieve better outcomes. It also offered the potential to avoid some of the usual verification pain points, such as the expense of outsourcing this type of work to an external law firm, and the inevitable frustration and version control issues associated with multiple parties preparing, reviewing and verifying a document of this size and complexity.”

The project kicked off shortly before the COVID-19 global pandemic took hold and the entire project team began working remotely on very short notice. Dylan explains that “the Atticus verification tool’s ability to facilitate remote working, while initially seen as a ‘nice to have’, very quickly became an essential success factor which would have been sufficient reason alone to use the tool”.

The Atticus team provided an initial demonstration to the Vodafone Australia collaborators. “Although we initially anticipated the need for follow up support based on our experience introducing other technology solutions, everyone seemed to find the Atticus interface intuitive and easy to use – to the point that no follow up demonstrations were required” says Dylan, “for any specific queries while using the tool, team members could use the built-in help chat, which was very responsive”.

According to Dylan, “the broader verification team enjoyed being able to easily filter the verification statements allocated to them in various ways, avoiding the need to sort through the entire document. They also provided very favourable feedback about being able to upload supporting documents to the platform, avoiding the need to collate, organise and find ways to make documents (some of which were sensitive) available to the broader team”.

The Vodafone Australia legal team “was able to focus on finalising the disclosure and ensuring verification was completed properly, rather than spending time on administrative aspects of the verification process typically associated with the traditional, manual methods” says Dylan, “the reporting functions of Atticus allowed the team to provide greater visibility on progress and other issues to stakeholders. Also, the output of the reporting functions were easily incorporated into the work products produced by the due diligence committee”.

The success for Vodafone, NRF, and Atticus

Atticus allowed collaboration among a large number of verifiers without version control issues,” says Dylan, “it allowed verification to be carried out in parallel with finalising disclosure in the Scheme Booklet.

Atticus played a critical role in allowing the verification team to meet tight timelines, while significantly reducing many of the pain points associated with verification, such as version control issues and management of supporting documents.

The reporting functionality also provided transparency to the timing and progress of the verification workstream without requiring additional work.

It was great to be able to produce an interactive version of the verified document that anyone could navigate intuitively, including links that instantly bring up the exact location in a source document. This facilitated the review process (and allowed the team to demonstrate how much work they had done).

“I would recommend using the Atticus verification tool for anyone who is, or may be working remotely/in a distributed manner, anyone seeking to avoid having the verification team experience the pain points or expense associated with the traditional manual methods of carrying out verification, and anyone who wishes to closely monitor the progress and quality of the verification process,” said Dylan.