"We now wouldn't do a verification without Atticus. Atticus is the future of verifications." 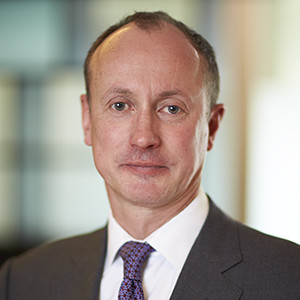 WHO
National Law Firm.
VERIFICATION
IPO Prospectus.
INSIGHT
Atticus supported the verification of an IPO prospectus for a listing on the Australian Stock Exchange (ASX).
"The ability to upload a new version of the disclosure document made the biggest difference".

Prior to using Atticus, verification at Hall & Wilcox involved a process familiar to many capital markets and funds lawyers across Australia, Singapore, Hong Kong and the UK. It required a lawyer to manually footnote every sentence in the disclosure document, tracking the support for these sentences in a separate index table, and compiling folders of supporting materials.

As lawyers know too well, this is a process that results in a mountain of emails back and forth between themselves, their client, and other stakeholders, containing different versions of the various verification documents, with days spent simply compiling the work.

Vanessa described this method as having the potential to get “messy and increasing the risk that things could be missed”.

As part of its Smarter Law initiative, Hall & Wilcox saw an opportunity to streamline the verification process and take advantage of the efficiencies offered by Atticus, particularly the live collaboration made possible between the lawyers and their client on the software.

Vanessa and her team found it “very easy” to get started on Atticus. The client hadn’t used Atticus before. Preparing the client for verification involved 30 minutes of training which included an introduction to Atticus. A large part of this training was an explanation of the legal process of verification generally.

“The client could directly verify the management representations themselves on the platform. We could log in to Atticus and work on the verification document at the same time, using the notes function to communicate” said Vanessa.

Vanessa insisted that “the ability to upload a new version of the disclosure document made the biggest difference”. This was the process she was “most concerned” about, however, she found it “seamless”.

The success for Hall & Wilcox

“Atticus saved us a lot of time,'' said Vanessa. Atticus allows you to instantly review the supporting material for a statement in the disclosure. The Hall & Wilcox team took advantage of this feature and found reviewing the completed verification work to be much easier. This gave them greater comfort that the verification had been “done properly”.

Verification is a large collaborative exercise between lawyers, their client, and other stakeholders. On this IPO, the Hall & Wilcox team found that “the client and the Joint Lead Manager were impressed with the software”. “The client was easily onboarded,” which meant that there was minimal time spent learning a new piece of software, and more time to work through the verification and any substantive legal issues if they arose.

Atticus allowed the Hall & Wilcox team to wrap up the verification quickly, and produce the final reports in minutes; a process that usually takes days.

“What you’re giving to the client is a neat, manageable report. There is inevitably time pressure prior to the final due diligence committee meeting for the issue of a disclosure document. Using the Atticus program means that the comprehensive verification report can be easily and efficiently exported and sent,” said Vanessa.

The best thing about Atticus is that “the output for the client is significantly better, and it helps ensure that the verification process is done properly” declared Vanessa.  “We wouldn’t do a verification without Atticus”.