“(Version control) what was previously one of the most painful parts of the whole process can now be completed in minutes." 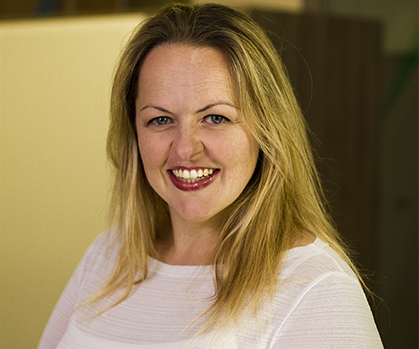 Implementing Atticus was a complete no-brainer.

Lawyers were using a combination of Word, Excel, their document management system, and the occasional large lever arch file, which was inefficient, not environmentally friendly and unfavourable to both the client experience and employee morale.

Previously, verification was very slow. Version control was a nightmare, & only one person could work on the document at any one point in time. Analysis was limited to the amount of text that can be inserted within an Excel cell.

The team recognised that they needed to find a solution urgently, and moved quickly to conduct a market review to understand the needs of their corporate practice.

Fieldfisher first used Atticus when a large deal came in with a tight, three-week turnaround. Having seen how easy it was to get started on Atticus, the firm agreed a deal and the project was underway.

We wouldn’t have been able to meet the three-week turnaround but for Atticus helping to streamline our processes so drastically. Manual verification would have taken double the time.

On their first project, Fieldfisher were delighted with how quickly users were up-and-running. The whole process was ‘very smooth…Atticus were forthcoming with the information we needed and the training required is minimal’.

Version control was the biggest pain point for Fieldfisher before using Atticus. The platform ‘perfectly’ addressed this need, with the firm now enjoying a ‘slick transition with every uploaded draft’.

The way Atticus deals with version control is a thing of beauty.

As a platform that supports real-time collaboration, Atticus enabled the team at Fieldfisher to work on the platform simultaneously. This mitigated the time previously spent waiting for people to respond to emails and facilitated a more dynamic approach to a traditionally linear process.

The success for Fieldfisher

Fieldfisher quickly noticed they were able to derive value from the product:

The benefits to using Atticus were instantly visible, from the automatic boxing-up to multiple people being able to work on the document at any one point in time.‍

As well as streamlining Fieldfisher’s processes, Atticus is helping the firm to work towards their environmental sustainability goals, swapping out the paper-based lever arch files for a digitalised approach.

Having conducted a comparison between time spent on verification using the old manual way versus the new Atticus way, Fieldfisher found they’d realised time savings of up to 60%.

As a technology-focused firm, Fieldfisher is committed to leveraging technology to deliver client services more efficiently. Atticus ‘fitted this mandate perfectly’, and adoption was a ‘complete no-brainer’.

Client & lawyer feedback has been very positive, resulting in Atticus quickly becoming the norm for verification across Fieldfisher's corporate practice.

Hear how Magic Circle law firm, Slaughter and May, used Atticus on the largest London listing in a decade.
Read case study